ALL ROOMS HAVE BEEN COMPLETELY RENOVATED

ALL ROOMS HAVE BALCONIES

This Passover, Leisure Time Tours, in cooperation with Kosherica, is thrilled to return once again to the magnificent PGA National Resort and Spa in Palm Beach, Florida. The PGA National is a AAA 4-Diamond world-class luxury resort that has recently undergone a gorgeous $65 million renovation. It is a mere 15 minute drive from the West Palm Beach airport and a 50 minute drive from the Ft. Lauderdale airport. It offers a multitude of deluxe guest rooms and suites each featuring a private balcony, granite and marble bathrooms with an additional sink in the alcove, flat screen TV, & high speed internet access. The rooms’ decor has been transformed elegantly in an all-new design from walls to floors, beds to bathrooms.All of the resort’s outstanding facilities and recreational opportunities are at your disposal. The five tournament-ready golf courses are each considered among the best layouts and most challenging courses in Florida. The 33,000 square ft. Health and Racquetball center features full weight and cardiovascular training rooms as well as yoga, spinning and Pilates studios.Take an early morning swim in the lap pool or enjoy a game of tennis on one of the 19 Har Tru tennis courts, or a game of racquet ball or handball. In addition, the resort features a lush zero-entry swimming pool and a separate children’s pool. PGA National boasts an expansive 40,000 square foot European Spa featuring 32 treatment rooms, and a full-service beauty salon. Enjoy and relax at “The Waters of the World” – a collection of healing mineral pools with salts imported from around the globe. We also provide daily religious services, interesting lecture series, full children’s program, teen program and our star-studded, live entertainment during Chol Hamoed will be better than ever this year.

Randy Zablo and his team from Foremost Caterers will be coordinating our outstanding gourmet cuisine under the Glatt Kosher supervision of the ORB. Whether it’s in our dining room, tea rooms, or poolside barbecue, a large variety of impressive delights await your dining pleasure. 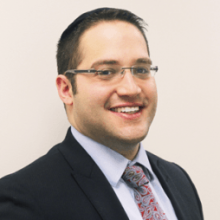 Rabbi Yitz Novak has been involved with AIPAC for more than ten years first as a lay activist and currently as AIPAC Northeast Regional Synagogue Initiative Director. In this role, Yitz works with leading pulpit rabbis and synagogue lay leaders across the Northeast region to increase the number of pro-Israel activists in the American Jewish community. He resides in Bergenfield, New Jersey with his family. 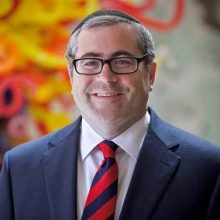 Rabbi Steven Burg currently serves as the Chief Executive Officer of Aish HaTorah. Rabbi Burg has been served as a scholar-in-residence for some of the premier Passover holiday destinations, both in the US and around the world. Rabbi Burg combines deep knowledge of the Jewish community, erudite Torah lectures, and a dynamic personality. He has been a contributor to Fox News, Al Jazeera, PBS, and many radio stations. Before coming to Aish HaTorah, Rabbi Burg served as the Eastern Director of the Simon Wiesenthal Center where he contributed to the fight against anti-Semitism and oversaw the Museum of Tolerance in New York City. Previously, Rabbi Burg served as the Managing Director of the Orthodox Union (OU), a $100 million dollar social welfare organization, and was the International Director of NCSY, the largest international Jewish youth movement. Rabbi Burg founded the Jewish Student Union (JSU), a network of hundreds of public high school clubs that teach unaffiliated Jewish teens about their heritage. He started the Anne Samson Jerusalem Journey (TJJ), an Israel experience for unaffiliated Jewish teens which continues to send thousands of teens to Israel. Rabbi Burg is an orator of note and has spoken in varied venues across the globe. He has a Masters in Medieval Jewish History as well as Rabbinic Ordination from Yeshiva University. He has completed management courses at Harvard Business School and the Kellogg School of Management of Northwestern University.

DAY OFF
Timezone: UTC-8 Switch to